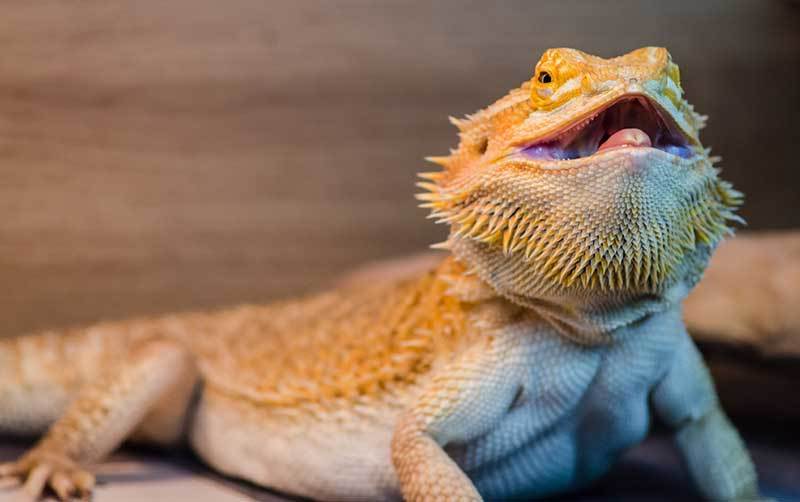 While understanding the body language of a dog or a cat is almost second nature to most, deciphering that of a bearded dragon can be, well, a little trickier.  But when it comes to bearded dragon head bobbing, rest assured, there are reasons!

If you’re wondering why bearded dragon head bobbing happens, you can pretty much chalk it up to 2 things, either a show of dominance or mating behavior, both of which can be more commonly seen in male bearded dragons.

To learn more about bearded dragon head bobbing, just keep reading or use the table of contents below to navigate to a specific question!

Why Is My Bearded Dragon Head Bobbing at Nothing?

One common misconception amongst new bearded dragon owners is that when their bearded dragon is head bobbing, it has to be directed at something. In fact, nothing could be further from the truth!

Think of it this way, your bearded dragon isn’t necessarily heading bobbing at something, so much as they are head bobbing because of a feeling they have.

Your bearded dragon could be head bobbing to assert dominance over you, their new environment, or another animal (whether it’s in their cage or just within view).

They could also be head bobbing simply because it’s “that time” of year where they just have mating on the brain.

In both scenarios, bearded dragons are head bobbing at something, but more so to express their feelings.

Why Do Bearded Dragons Bob Their Heads at Humans?

If you’ve recently brought home a new bearded dragon, you may experience some head bobbing directed at you! Yes, you!

This can be your bearded dragon’s way of trying to basically tell you they’re the alpha and you should respect them.

However, as you get to know your bearded dragon, they should begin to chill out on the head bobbing as they begin to trust you, unless it’s mating season in which case all bets are off! When you get a new bearded dragon, there are definitely things you can do to speed up the bonding process and essentially get the head bobbing more under control!

Just click below to learn more about these easy bonding strategies.

Click HERE to learn how to bond with your bearded dragon

Why is My Female Bearded Dragon Head Bobbing?

Now, although head bobbing is typically more common in male dragons, females can do it as well.

They may head bob to assert dominance or show submission, whether to you or another dragon.

What If My Bearded Dragon is Head Bobbing While Sleeping?

If your bearded dragon is head bobbing in his or her sleep, chances are there is nothing to worry about.

If there are no other signs of distress or concern, you can pretty much chalk it up just to them falling in and out of sleep a little. However, if you have a bright light on in the cage, like a red light, it could be that their sleeping schedule is out of whack as they need total darkness to sleep comfortably.

So, moral of the story? Don’t leave any lights on at night!

Should I Worry If My Bearded Dragon is Always Head Bobbing?

If your bearded dragon is always head bobbing, but is showing no other sings of concern, then you don’t have anything to worry about.

If your bearded dragon is black bearding and head bobbing, it is most likely for one of the following reasons…

There is something stressing them out like a new habitat, a new pet (cat, dog, or another reptile) they can see, feeders that are being left to roam in the cage, etc. It’s mating season either literally or in their mind. Your male is going to be a little scaly ball of hormones for a couple weeks or months so just be ready for it. It’ll pass.

They’re showing dominance over you, another pet, or a new habitat. If you changed your bearded dragon’s cage or recently brought them home, then they likely feel the need to asset dominance over their new environment and neighbor (you).

Similarly, this can happen if they’re in a cage with another beardie, which is not recommended.

If your beardie is head bobbing it is important to realize that 9/10 times there isn’t anything super serious causing it.

Consider the time of year, their surroundings, and if they’re showing any health concerns.

10 thoughts on “Bearded Dragon Head Bobbing: What it Means Might Just Surprise You…”