The bamboo ball python is somewhat less common than other morphs like the albino, spider, and cinnamon.

Bamboos are named for their beautiful, pale brown coloration. While not nearly as striking as other, high contrast morphs, many keepers appreciate this subdued, chic look.

A major upside to this morph is that they are NOT prone to any of the defects seen in other morphs, such as head wobbles, kinking, or bug eyes.

With their relative rarity, these snakes once carried a hefty price tag.

They have become more common over recent years, with more and more breeders producing bamboos and bamboo crosses. Prices have already begun to come down a little as a result.

It’s quite likely that we’ll start to see these snakes more often in the near future.

In this article, you’ll learn all about the bamboo ball python morph, including:

Ball pythons are endemic to Central and West Africa, where they mostly inhabit grasslands, scrub, and forests.

They’re particularly shy – even compared to other snakes – and spend much of their lives tucked away in burrows.

Ball pythons are also crepuscular snakes, meaning they are most active around dawn and dusk.

Compared to most other pythons, ball pythons are fairly short and stocky (though not quite as much as the short-tailed python and blood python). They also have a slightly more “rounded” pattern than other pythons.

What really sets them apart, however, is not their appearance but their behavior.

Unlike other snakes, ball pythons don’t try to strike when threatened. Instead they curl up in a tight ball. It’s this trait that earns the ball python its common name.

This handy behavior also makes them easy and safe to handle. It is also why they’re recommended for beginner reptile keepers.

Because this snake is very easy to breed in captivity, there are countless ball python morphs available on the market.

Different morphs vary in their patterns and colorations as well as their price tags.

Many people collect and breed snakes to create their own morph combinations. For these keepers, bamboos can be quite sought-after

What is a Bamboo Ball Python?

The bamboo ball python is a fairly recently-discovered morph of the ball python that comes from Ghana, West Africa.

This morph was discovered about eight years ago and still remains a ‘hidden gem’ of the pet trade world. Because of this, it can be a little difficult to find information about them.

The bamboo python has an attractive appearance, with light, silver to golden coloration.

In terms of pattern, the bamboo ball python can appear fairly similar to the popular “spider” ball python, with slightly reduced band width.

So if you’ve ever wanted a spider morph but were put off by the ‘head wobble’, the bamboo python is about as close as you can get!

Compared to the spider ball python, the bamboo morph has slightly thicker bands, though the pattern is very similar.

Bamboo pythons also carry a leucistic gene, making them much lighter than most morphs.

This morph is sometimes bred with others (like the pastel or the calico morphs) to create new and interesting patterns. As this bamboo python is relatively new to the market, breeders are still actively experimenting with what they can create.

The combination of the thinner, broken-up bands and the lighter scales make the bamboo a unique-looking morph that many will want to add to their collection!

Bamboo pythons are fine for beginner hobbyists. They are healthy, attractive snakes and do well in captivity.

Their (relative) rarity and beautiful appearance does make them fairly expensive, which can be off-putting for a first-time keeper.

These days, bamboo ball pythons are becoming cheaper than they’ve been in the past.

They’ll likely cost you over $100. A snake is likely to cost more if it’s interbred with some of the other morphs.

This is still only a fraction of what these animals would have cost a few years back, when they regularly sold for over $1,000.

Another downside is that they’re quite difficult to find and purchase. Not many breeders specialize in bamboo pythons, though they’re quickly gaining popularity.

If your mind is absolutely set on getting one, then one of the best things to do is go to some big reptile shows. You may just find a breeder displaying one of their gorgeous bamboo ball pythons.

You can also search online to find a breeder.

Websites like Morph Market are great for finding breeders who specialize in a particular morph.

Caring For Your Bamboo Ball Python

In fact, some have said that it’s even easier!

Ball pythons are known to be fussy eaters, often turning their noses up at the food you give them.

There are reports, however, that bamboo ball pythons are less picky and will consume their food more readily than other ball pythons.

They’re also enthusiastic breeders, so if you’d like to get into the pet trading market then a bamboo python may be a good choice for you.

The bamboo gene is codominant. This means that it can be expressed alongside other alleles, with an intermediate (or mixed) phenotype as a result.

The bamboo gene can mix with other genes to produce unusual, blended morph mixes. We’ll list some of the most interesting combinations in the following sections.

“Super” in snake breeding is a term used to refer to homozygous individuals for a particular gene. This means snakes have two copies of the gene, instead of just one.

Super snakes can be useful to breeders, as – having not one but two copies of the gene in question – they are guaranteed to pass it on to all of their offspring.

Unfortunately, as the bamboo gene is part of the blue eyed leucistic (BEL) complex, a super bamboo ball python will be pure white with blue eyes.

This might not sound like a downside, but if you’re a breeder trying to sell snakes with a mixture of bespoke genes, it’s better to have something to show for it!

It also means that other BEL complex genes – when mixed successfully with the bamboo gene – also produce white, blue-eyed snakes.

A pastel bamboo python is created by breeding a pastel ball python with a bamboo ball python.

The only thing that you might notice is that the pastel bamboo morph is slightly lighter and has a more yellowish tinge than the regular bamboo. The head of the pastel morph is also slightly more washed-out.

Lesser ball pythons – like bamboos – are thought of as a great base for morph mixing. Lessers are noted for their intensified brown and tan coloration.

When lessers are successfully crossed with bamboos, they produce pure white hatchlings with blue eyes! Despite the brown coloration of their parents, bamboo x lesser ball pythons are all white, blue-eyed snakes.

This is because both the bamboo and the “lesser” genes belong to the blue-eyed leucistic (BEL) gene complex.

Any gene in this complex results in the same phenotype if hatchlings are homozygous.

Keep in mind that because it has the bamboo gene, this morph will be more expensive than the standard leucistic ball python.

This is a rare morph that might be difficult to find on the market.

The bands on the sides of a calico ball python are vastly reduced, to the point of being almost invisible.

Unlike the regular bamboo, the band on the top of a Bamboo x Calico’s spine is connected throughout and forms a thick line from its head to its tail.

This morph has a strange and unique pattern. The stripes on the bamboo pinstripe morph resemble those of the regular pinstripe, but are broken up and disjointed.

This creates an interesting sequence of irregular lines and crosses on the snake’s back.

Its coloration is similar to the regular bamboo but is slightly darker with a hint of yellow.

Overall, this morph has a striking appearance that you won’t find on any other snake!

And if you find morphs to be as fascinating as we do, then you’ll love the cinnamon ball python.

Are you planning on breeding bamboo ball pythons? Share your journey in the comments below! 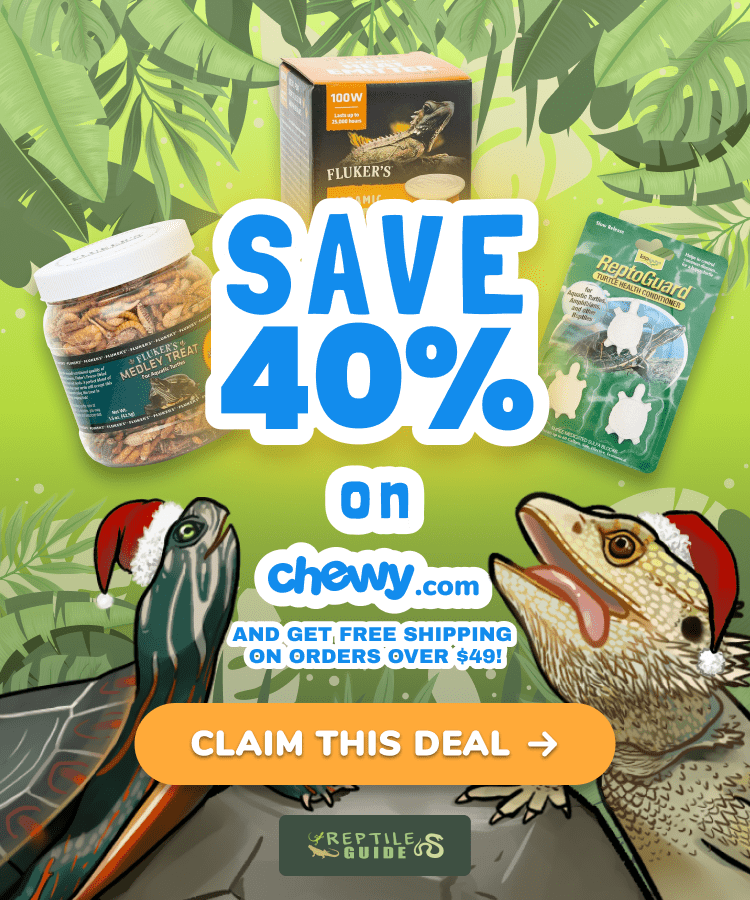